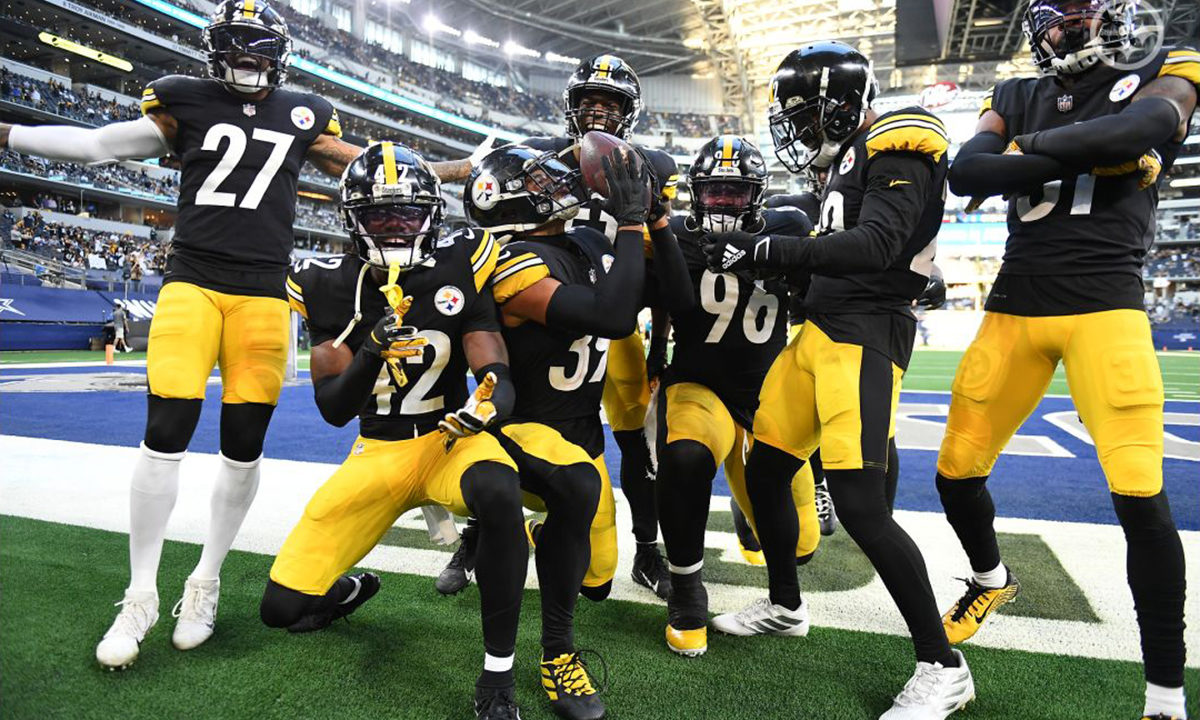 It’s often said that the game after playing the Steelers or the Ravens is a boon for that team’s opponent.

Those words also apply when those two teams play each other, something which transpired a week ahead of the Steelers trip to Dallas to play the Cowboys.

The Dallas Cowboys were a team in a state of flux at this point, while the Steelers had extended their league-best record to 7-0, their opponent had fallen to 2-6 after losing starting quarterback Dak Prescott for the season.

Prescott’s backup, Andy Dalton, was all too familiar with the Steelers as well, but he too was ruled out of the Week 9 contest. This left the Cowboys with third string QB Ben DeNucci, familiar to Pittsburgh area fans, and a newcomer to their team who has had various journeyman experience, Garrett Gilbert.

It was unknown almost until game time as to which QB the Steelers would be facing, but Gilbert got the nod and immediately sent Pittsburgh into shock.

The Steelers had an interesting first possession. The drive would span nine plays but only net 25 yards as they’d punt the ball away.

Dallas would then execute a 12-play, 65-yard drive which culminated in a field goal, putting the Cowboys up 3-0.

The rest of the first quarter would be fruitless for either team, with the Cowboys striking on the scoreboard next again. The Steelers would attempt to go for it on 4th down but a Benny Snell carry would fall short with a turnover on down. The Cowboys would then score off of a Gilbert to CeeDee Lamb 20-yard touchdown connection that saw their lead extended to 10-0.

The Steelers special teams unit would stumble next, as Jordan Berry would punt on another three-and-out, 62 yards, but see the Cowboys lateral and have an 83-yard return, which luckily didn’t fully count due to a spot foul. Greg Zuerlein would boot another long field goal to get Dallas up 13-0.

Then Pittsburgh woke up.

Nine plays and 75 yards later, Ben Roethlisberger would find James Washington for a 17-yard touchdown and the Steelers first points. Chris Boswell‘s PAT, however, would be no good.

Steelers CB Cameron Sutton would force a fumble on the next Dallas possession, giving the Steelers the ball at the Cowboys 39 with roughly a minute remaining before halftime. Boswell would boot an incredible 59-yard field goal to get the Steelers within 13-9 to start the third quarter.

The battle between the kickers would continue, with the Steelers defense containing Ezekiel Elliott and forcing the Cowboys to attempt field goals. Former All-Pro Zuerlein met the challenge with conversions from 45 and 39 yards.

The Cowboys would lead 19-9 as the Steelers next drive would lapse into the fourth quarter. Right within the first play of the final quarter, Roethlisberger would hit JuJu Smith-Schuster with a 30-yard touchdown pass that would see Dallas’ lead shrink to within four points.

On the next Cowboys drive, Minkah Fitzpatrick would pick-off a Gilbert pass, giving the Steelers the driver’s seat.

An 11-play Steelers drive would eat up some clock but end with another field goal, this time with Boswell hitting it through the uprights from 43 yards away. Dallas would still lead by a single digit, 19-18 as the Steelers defense gave up a first down, but no more, and got the offense the ball back with 4:11 to go in the game.

That’s all Big Ben and company would need, as he found yet another touchdown recipient, Eric Ebron, following a six-play 79-yard drive.

Gilbert’s Cinderella story would end with a fourth-down sack by Cameron Heyward and T.J. Watt, but he’d get one more chance as James Conner turned into a pumpkin as well on the Steelers bid to finish out the clock – a four-yard loss on 4th-and-1.

The Cowboys QB would move the ball to midfield instantly with a 32-yard dart to Lamb, which was reviewed and upheld.

Another 3rd-and-10 nail-biter for Steeler Nation occurred when Gilbert found Michael Gallup for 20 yards, as the Cowboys clocked the ball with 8 seconds remaining at the Steelers 29.

However, Pittsburgh would hold off the comeback attempt to win their eighth-straight with a final score of 24-19.