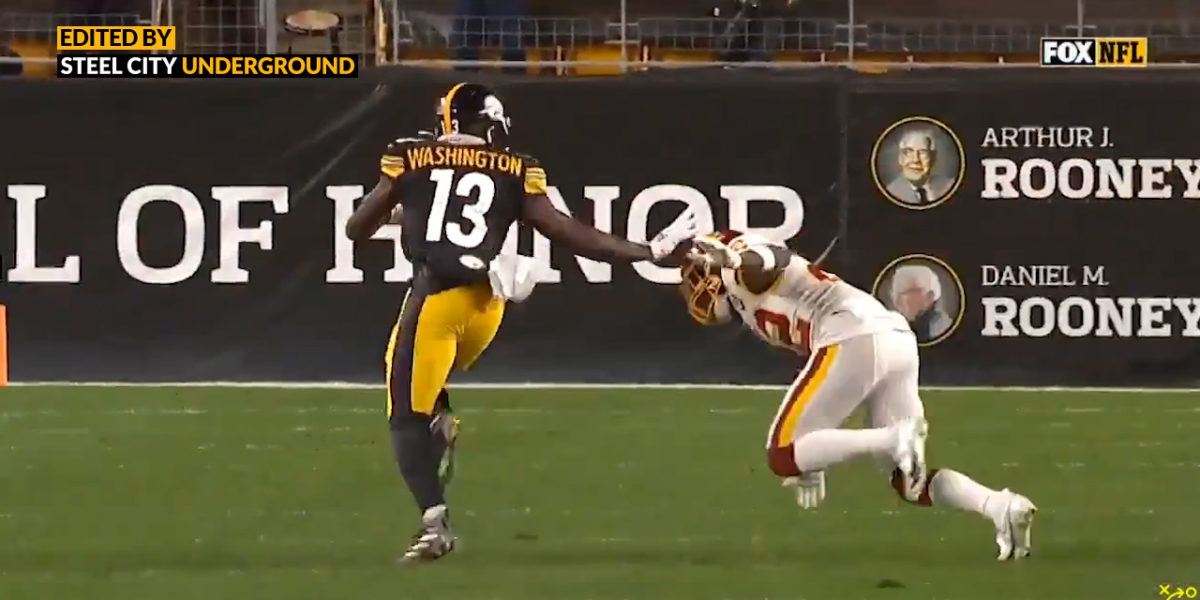 Plays of the Year: James Washington’s 50-yard TD is a lone bright spot in a dark night for the Steelers

It was only a matter of time… and time ran out for Pittsburgh’s unbeaten streak during Week 13 of the regular season.

In what was honestly one of the most embarrassing games the Steelers played during the season, there were few highlights. When it seemed like the Steelers’ offense left their intensity and hands on the bus, one man made a big play on offense: James Washington.

With the Steelers at midfield with 4:03 on the clock in the second quarter, Ben Roethlisberger is in shotgun with Washington alone to the left, and the rest of the receivers to the right.

Big Ben then dumps the ball off to Washington on a quick hitch route.

As soon as he catches the pass, Washington makes a man miss – and immediately takes off down the sideline, outrunning the second defender for a 50-yard score.

While this play was another home-run touchdown for the young receiver, it is masked by the gut-wrenching feeling of a perfect season ending.

The Steelers would suffer their first loss of the year to the Washington Football Team, dropping the game with a final score of 23-17.