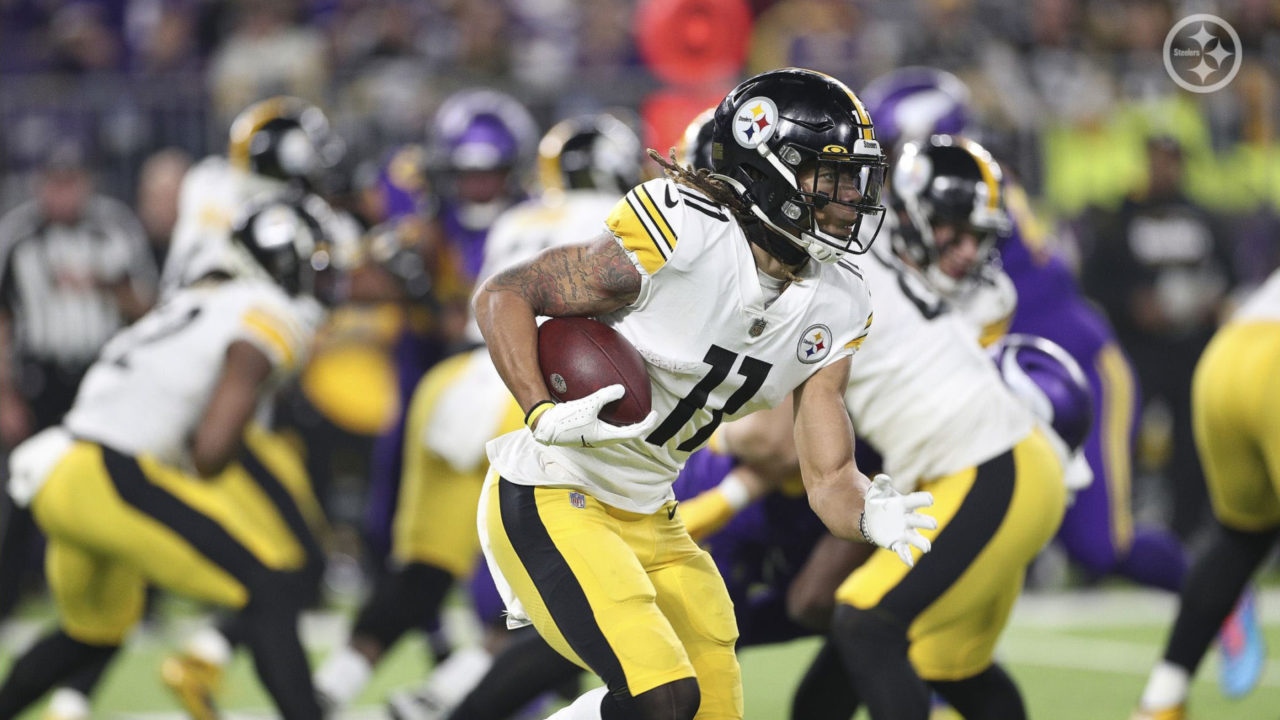 The 5: Steelers who need to step up to topple the Titans

The Pittsburgh Steelers are still in the hunt for a playoff spot with four games to go in the 2021 regular season. As they head down the stretch of final games, they find themselves facing four-straight AFC opponents, all of whom are in the race as well.

A win against the Titans could go a long way toward any postseason aspirations. A number of Steelers will need to step up their game in order to secure a victory.

Here are the five players I’m picking this week to help bring him a victory at Heinz Field.

Charlton may appear to be an awkward choice, considering he is a reserve outside linebacker who joined the team in late September and was added to the active roster in November. However, both starting edge rushers, T.J. Watt and Alex Highsmith, appeared on the injury report this week – with Watt having sat out a majority of the last game in Minnesota with a groin injury.

If one, or both can’t go on Sunday, Charlton is the next man up.

The former first round pick has a chance at redemption and has shown some steady improvement in rushing the passer. The Steelers are going to need all hands on deck – and Taco represents this, because even if Watt and Highsmith play, it’s questionable if they’ll be at 100% and will need a breather on the sidelines at some point.

It’s time to shut everyone up over Claypool’s mental celebration mistake, which was also a combo of a missed delay of game penalty by the Vikings when their linebacker, Eric Kendricks, batted the ball out of Chase’s hands after the ill advised first down gesture.

Claypool made some incredible plays last Thursday, but those were overshadowed by what happened at the end… and also at the beginning, as he was tagged with a penalty, retaliating against another missed foul by the Vikings.

Claypool made some incredible catches and can really use the mental lapses to grow and also fuel his game. I want to see him take the top off on Sunday and torch a no-so-good Titans secondary for a couple of touchdowns.

Joe Haden is a “DNP” for practice again this week, which means that Witherspoon’s breakout the last two games could continue into Sunday.

Can he maintain momentum?

I’m not expecting a pair of picks, but it would be nice to see his side of the field locked down again, especially if the Titans have to make it a go without A.J. Brown this weekend.

The Steelers can’t afford to put their defense in a bad spot, and it all begins with solid punts which pin the opponent deep in their own territory.

Harvin didn’t have the sharpest game on Thursday, and could be on the hot seat already in his rookie season, with the Steelers having brought in other competition just a little over a week ago.

Harvin is also the holder on Chris Boswell kick attempts, leading me to believe the coaching staff is looking at every element of the process: and not just Boswell’s recent misses. Harvin has to bring his “A” game or it could spell trouble for the Steelers this Sunday.

Bad snaps aside, Green wasn’t getting the ball snapped on time last Thursday either.

The offensive line has had its issues, but Green’s miscommunication cost the Steelers several times against the Vikings, and most certainly played a role in their tie with the Lions. (Remember that snap over the head of Mason Rudolph?)

The erratic play has to get under control and quick, or else Green’s play will further hurt any progress the offense can be making for their playoff push.