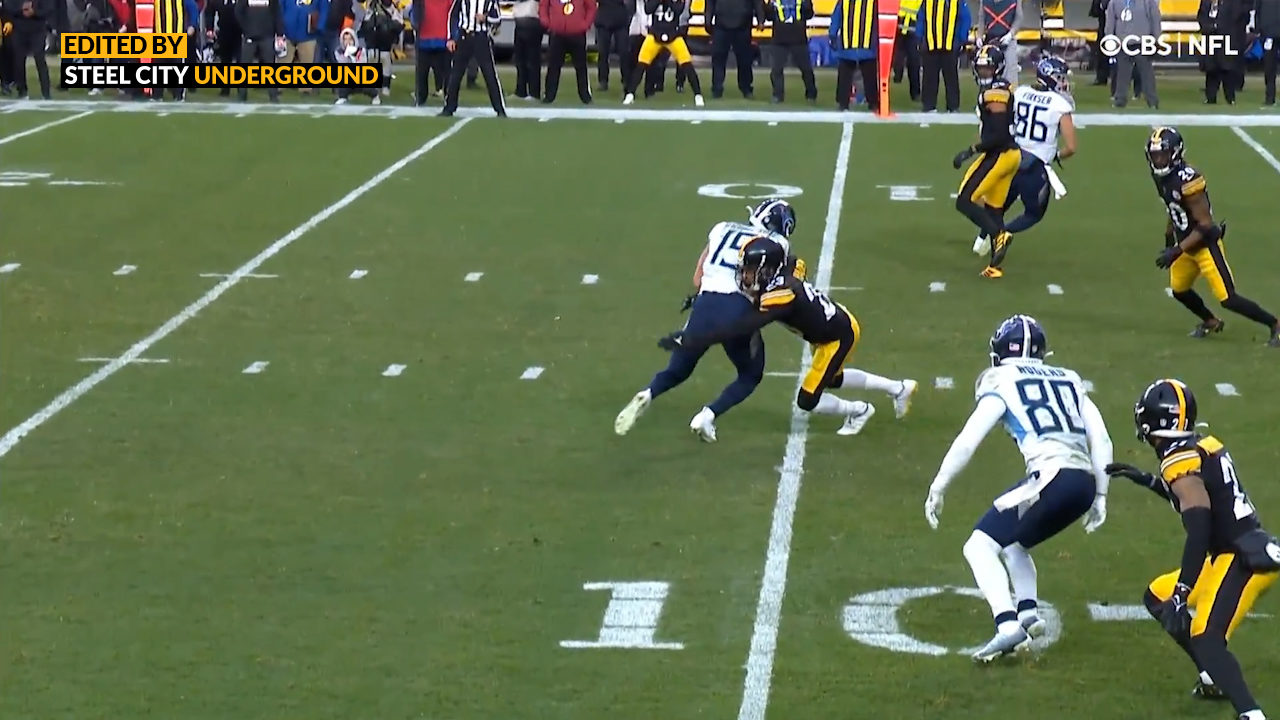 The return of veteran cornerback Joe Haden from injury came at a critical time during Week 15 of the 2021 regular season. Haden, who had missed the previous four games, rejoined the team as they clung to a 6-6-1 record, and their playoff hopes barely alive.

Visiting 9-4 Tennessee Titans, on the other hand, could do no wrong despite a number of would-be crippling injuries themselves. They had just enough options, offensively, to potentially destroy the Pittsburgh Steelers on this particular Sunday afternoon.

Fortunately, Haden played a pivotal part in eliminating some of the tools the Titans had at their disposal in the game’s waning seconds.

On fourth-and-seven from the Steelers’ 16-yard line, the Titans were looking for a touchdown that would eliminate the six-point lead the Steelers held with just 46 seconds remaining in regulation time. They didn’t have to get more than seven yards, though, for a new set of downs and to really put the Steelers’ back to the wall.

The officials gave the Titans a very generous “spot” that created some emotion from both teams:

Analysis revealed, however, that Haden clearly kept Westbrook-Ikhine from getting the ball over the “line to make”, thus handing the ball back to the Steelers offense for victory formation with his game-clinching fourth-down tackle.