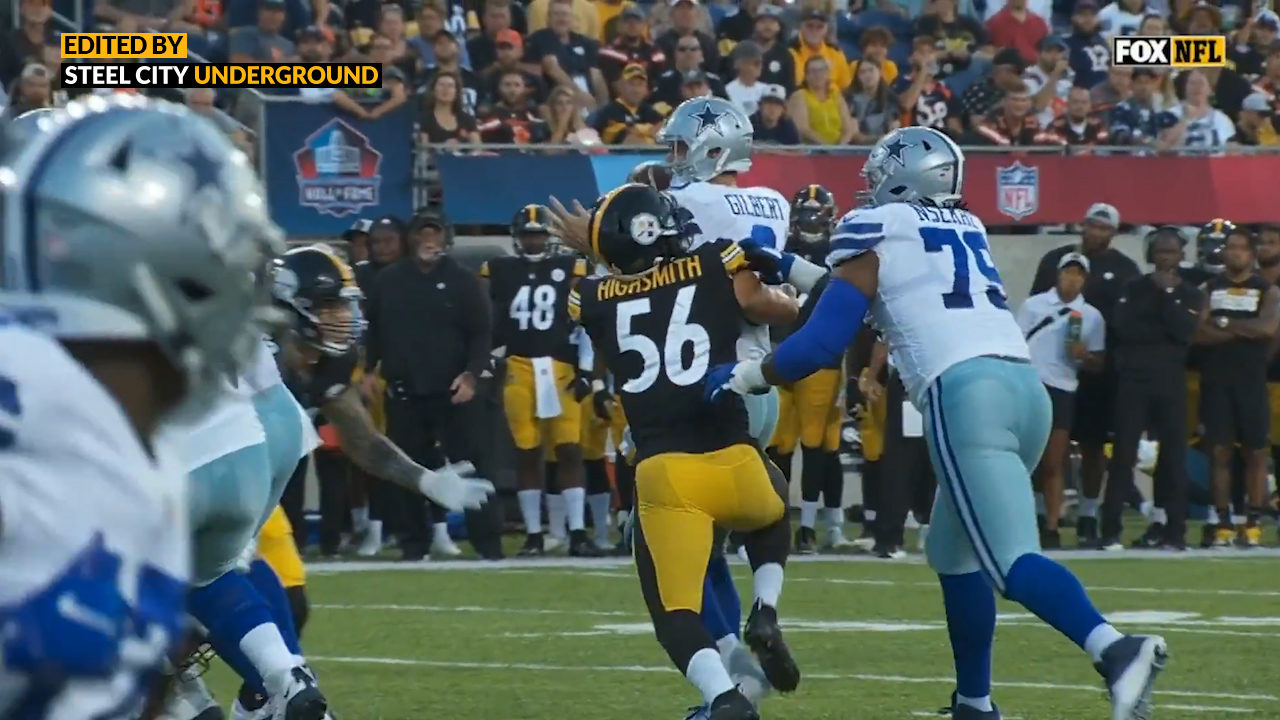 Plays of the Year: Alex Highsmith stalls Cowboys series with smooth spin move into a sack

When the Pittsburgh Steelers added Melvin Ingram to their roster ahead of training camp after the departure of Bud Dupree, talking heads and Twitter “experts” suddenly jumped on the train stating that the move must mean that the Steelers didn’t have faith that Alex Highsmith was “the guy” to play opposite T.J. Watt at outside linebacker despite head coach Mike Tomlin reiterating that the organization was “high” on the second-year player.

Highsmith made sure that the limited snaps he received during the Hall of Fame Game in the Steelers preseason opener against the Dallas Cowboys counted.

Highsmith, who’d been talked about as doing well during the first week of practice in pads at training camp brought the heat to Canton.

Following a turnover by the Steelers offense in the first quarter, Highsmith lined up and drove his body, with a nice spin move, into quarterback Garrett Gilbert on a second-and-goal from the four-yard line. The loss of yardage resulted in the Cowboys opting to settle for a field goal and limited the number of points on the scoreboard to 3-0.

Highsmith combined with teammate Isaiah Buggs to put Rico Dowdle into the turf for a two-yard loss on Dallas’ next offensive possession.

Highsmith’s energy, and three tackles (including two for a loss), helped set the tone for a Steelers defense that also saw sacks from Cassius Marsh and rookie Quincy Roche. The Steelers’ defense allowed 347 net yards of offense but their four sacks and three takeaways in the turnover department helped put a cap on a 16-3 win in their first exhibition game of the 2021 NFL season.

Highsmith would still have to shed the “starter” label from Ingram later in the season, as the second-year pro made the veteran addition expendable.

Following Ingram’s benching during the Seattle Seahawks game in Week 6, Highsmith would tally 37 solo tackles (14 for a loss) along with 15 QB hits and 6 sacks – all within 12 games – to close out his 2021 season.