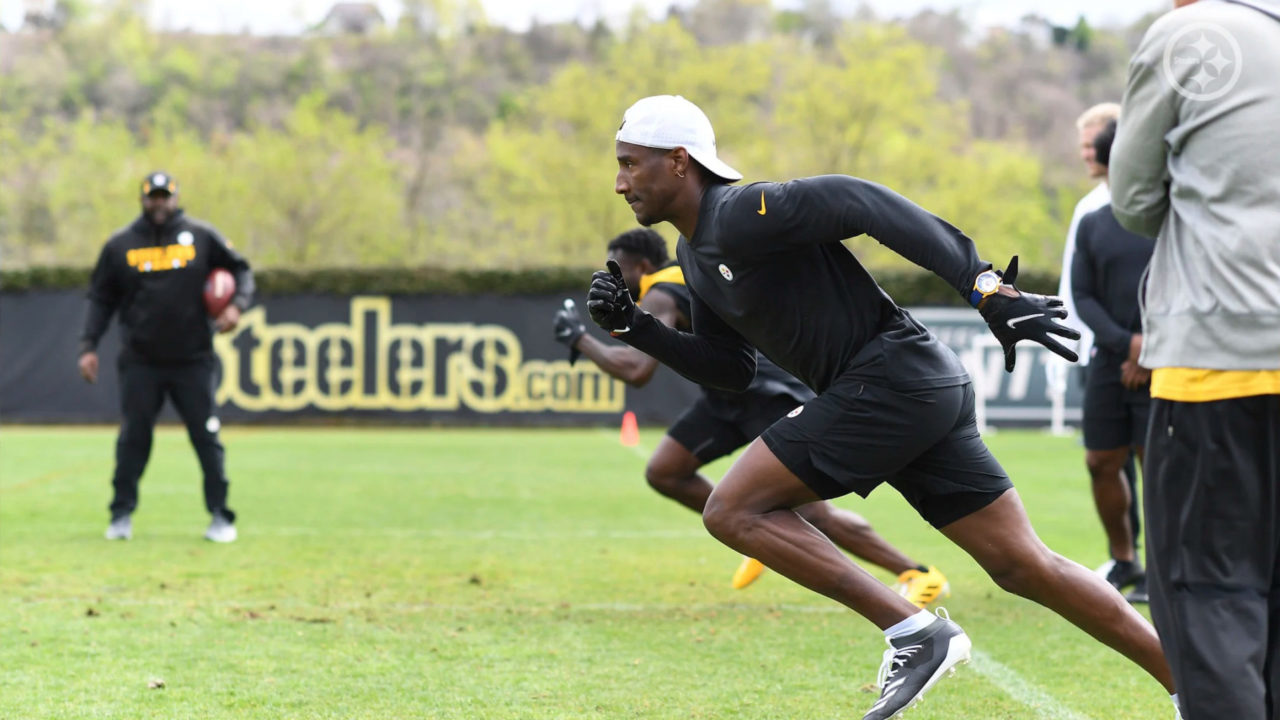 With the 2022 NFL Draft in the books, we are one giant step closer to establishing who will be dawning the black and gold for the Pittsburgh Steelers in the 2022-2023 season.

Welcome to part two in a series of articles examining some of the lesser-known new additions to the Steelers roster.

Earlier this week, I looked at the offensive UDFAs (or undrafted free agents) that have been recently signed by the team. In part two, I will breakdown those defensive players who will be joining the Steelers for rookie minicamp May 13-15, 2022.

An intriguing prospect from size and quickness alone. However, the issue with Donovan Jeter is that he never quite put it together during his time in Ann Arbor, never really achieving more than a backup/rotational defensive lineman.

The size and potential are all there for Jeter to be a contributor at the next level and perhaps with such a talented and deep group, the Steelers may give the prospect the time and room to grow.

As much as I would like to see Jeter find success at the next level and make it on the Steelers roster, I think that he will struggle to find a spot on the Steelers 53-man roster as well as the practice squad simply due to depth, independent of how he performs at camp.

Heyward, Alualu, Leal, Adams, Loudermilk, and Wormley are all shoe-ins to make the 53-man roster and that is a solid DL group without even mentioning a potentially returning Stephon Tuitt.

Jeter will have an uphill battle in camp as his performance will have to surpass the likes of Henry Mondeaux and the Davis brothers (Carlos and Khalil) in the eyes of Coach Mike Tomlin if he hopes to make the practice squad.

Playing in a program-record 59 games for the Auburn Tigers, T.D. Moultry struggled to find a role as a consistent contributor until his final year where he had 33 tackles and 3 sacks.

A player with a high motor, quick feet, and good use of his hands – Moultry’s shorter arm length means he can struggle rushing the passer and getting off blocks in the run game.

Not the most impressive athletic specimen at camp, Moultry will have to prove himself as a high motor player who can contribute to special teams in order to make the cut.

A solid athlete but not an outstanding one, Tyree Johnson proved himself to be an effective pass rusher for the Aggies during his time in Texas.

Last season he played all 12 games while starting 9. Johnson amassed 31 tackles, 8.5 sacks (5th-most in the SEC), and 1 forced fumble.

All of the scouting reports seem to have a similar wrap on Johnson: an impressive pass rusher in college with an innate skill to get to the quarterback, but his lack of size and length proved to limit his abilities to play as a more dynamic and well-rounded EDGE.

Unfortunately for our UDFAs, the starter and backup positions appear to be pretty locked in at this point in the process. Never say never, and hey, if there is anywhere to be hopeful about the prospects of undiscovered gems in the draft process – it’s here and now!

But I’ll let Moultry and Johnson be the optimists, I’ll be the realist – their best hopes are practice squad at most. Sorry, fellas.

Chris Steele posted decent numbers during his three years at USC, appearing in 29 games while starting in 23 of those games. Steele accumulated 95 tackles (3 for loss), 12 deflections, 3 interceptions 1 forced fumble, and 1 fumble recovery.

During his third and final year with the Trojans, Steele had 34 tackles, 3 pass deflections, 2 interceptions, 1 forced fumble and a sack – which would earn him an All-PAC-12 honorable mention, and a spot on the Phil Steele All-PAC-12 second team.

Bryce Watts is an interesting prospect from the jump. He spent his college career moving from program to program, starting at Virginia Tech before transferring to North Carolina, then finally landing at UMass where he would start all 12 games, make 43 tackles, with 4 pass breakups and 1 interception.

Watts added 20 pounds of muscle during the pre-draft process bumping up his weight from 170 to 190 which will certainly help him physically matchup to receivers in the NFL.

Athleticism was never an issue for Watts in college. Watts’ struggles came from trying to bait quarterbacks and inability to move off of blocks, two traits he’ll have to address quickly if he hopes to make the Steelers practice squad.

A lot of new faces in this room; a fun group to theory-craft about and consider who will end up making an impact for the Steelers in 2022.

As we stand right now, I feel comfortable saying that Sutton, Witherspoon, Wallace, and Kazee are a core trio, and I can see two more making the 53-man roster with another possible two on the practice squad.

My way-too-early prediction is that Arthur Maulet and Justin Layne start the year on the roster. Maulet showed flashes last year. Layne, while not a defensive asset, has proven himself to be a valuable player on special teams.

My outside hope is that Steele’s speed, raw athleticism, and tackling are on display at camp, and he is able to make a splash onto the 53-man roster but we will have to wait and see.

That’s a wrap on the Steelers’ newest crop of UDFAs. Pittsburgh kicks off the 2022 season with their rookie minicamp May 13 -15.