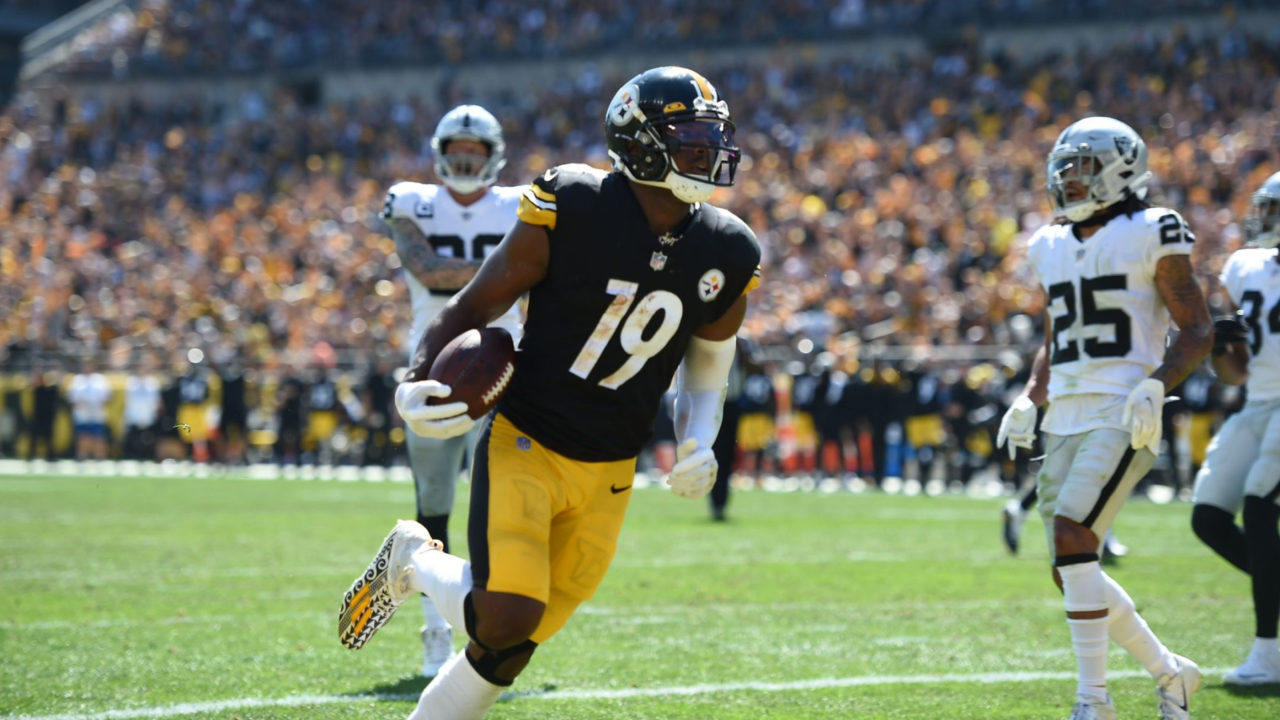 A week after surprising everyone by beating early Super Bowl favorites the Buffalo Bills, the Pittsburgh Steelers dropped their first loss of the 2021 regular season with a 26-17 defeat at the hands of the Las Vegas Raiders.

The Week 2 contest opened Heinz Field for the year, but some familiar faces were unable to enjoy it. Inactive from the start of the game was CB Joe Haden and LB Devin Bush, leaving the Steelers without two of their defensive starters. They would also lose DT Tyson Alualu after only playing three snaps – and his loss would be felt for the rest of the season.

T.J. Watt would also play roughly 25% of the game, watching from the sidelines.

This impacted the Steelers greatly, subbing in players such as James Pierre, Justin Layne, Jamir Jones, and Isaiah Buggs. Jones, in particular, played only one less snap than Watt.

Although the Steelers’ defense held things together in the first half, the toll of those injuries kept them from being able to prop up a Pittsburgh offense that had yet to find its identity, especially as parts of the offensive line struggled to keep Ben Roethlisberger from getting hit by a heavy Raiders defensive rush.

Roethlisberger would finish the day with 295 yards on 27-of-40 passes for a touchdown and an interception. The first score would come by way of finding WR JuJu Smith-Schuster, and putting the Steelers up 7-6 after trailing by two Raiders field goals early.

The loss of key defenders created mismatches that Raiders QB Derek Carr was able to manipulate in order to give life to the Raiders’ offense as they turned from the run game and opened things up for multiple receivers. Carr would throw for 382 yards and 2 touchdowns – but the chief mistake was the Steelers allowing a Daniel Carlson field goal attempt with two seconds remaining in the half.

The Raiders would also open up the second half with a touchdown scoring drive after the Steelers offense failed to run more than six plays to start the third quarter.

The Steelers would get closer, with Big Ben finding Najee Harris for a 25-yard touchdown pass, however, Las Vegas would seal the deal as the aforementioned injuries saw Minkah Fitzpatrick as the scapegoat. Fitzpatrick was caught flat-footed on a Carr to Henry Ruggs 61-yard touchdown pass – a play which ultimately sealed the deal for a Las Vegas win.

Oddly, the Steelers offense still had comeback momentum, but it would stall when on 3rd-and-6, Steelers TE Pat Freiermuth was stopped one yard short of the first down marker. Roethlisberger lobbied to remain on the field, down by six points, and go for it from their own 34-yard line.

Instead, Tomlin opted to punt with 8:36 remaining in the game.

While the Steelers would get the ball back five plays later, the clock wound from 8:36 to 5:51 – crucial time for a comeback. The decision looked cowardly and didn’t move the needle much for the Steelers, who would start the next possession on their 32: two yards shorter than the previous drive ended.

The somber mood in the stadium overlooked the next score, which would be a milestone: a Chris Boswell 56-yard field goal late in the game. The kick is the longest ever converted at Heinz Field.

However, it was too little too late as the Steelers were sent to the lockers licking their collective wounds, losing by a final score of 26-17.