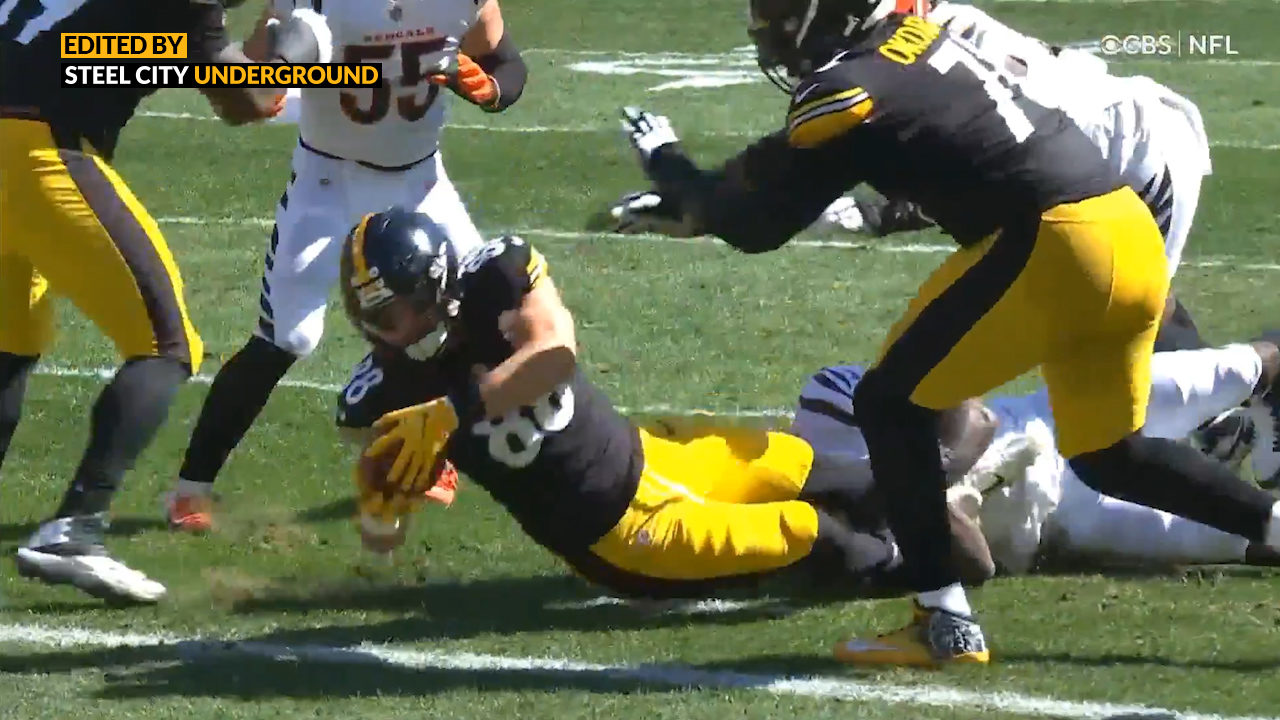 In Week 3 of the 2021 season, the Pittsburgh Steelers’ offense took more than its fair share of bumps and bruises. The Cincinnati Bengals applied lots of pressure, especially on a young offensive line that saw two of its members injured.

Freiermuth, also utilized as a blocker in the game, got open on the next play to give the Steelers six points and Roethlisberger his 399th career passing touchdown.

Freiermuth, lined up on the left, was able to roll with Roethlisberger to the right, grabbing a short toss among plenty of black and gold jerseys. The Bengals defense was unable to stop the push from the offensive line, cover Freiermuth, and prevent him from stretching out to get across the goal line.

On the day, Freiermuth caught three passes for for 22 yards and the lone receiving touchdown for the Steelers in what would be a 24-10 home loss.