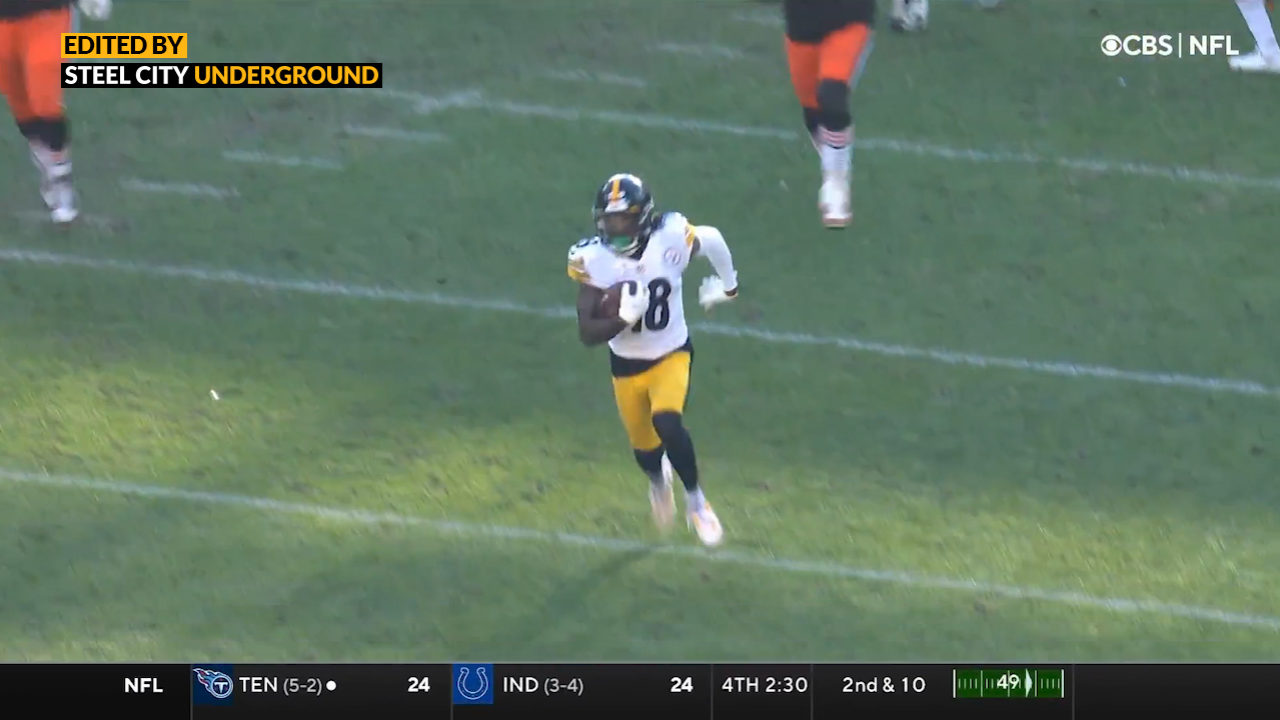 During Week 8’s Sunday midday game between the Pittsburgh Steelers and Cleveland Browns at First Energy Stadium, both offenses struggled in the face of each others’ defenses. Although the Steelers’ top receiver this season, Diontae Johnson, was relatively quiet compared to previous games, his big-time play in the fourth quarter of the game sealed the win for the Steelers, 15-10, in an AFC North rivalry game that shook up the division.

Baker Mayfield was only able to complete four passes for 42 yards on the Browns’ opening offensive series before Cameron Heyward and T.J. Watt split a sack to force a field goal.

Ben Roethlisberger and the Steelers offense netted only a single first down on their opening possession, an 11-yard pass to Pat Freiermuth. After Chukwuma Okorafor negated a play due to illegal formation, Roethlisberger’s following pass fell incomplete.

The result was a 3-3 tie as the teams headed into the locker room at the half.

In the second half of the game, both teams altered their approaches on offense with much better results. After Roethlisberger was able to connect with Freiermuth in the end zone on a combat-catch touchdown that gave the Steelers a 15-10 lead, Johnson sealed the win with the longest offensive play from the line of scrimmage in the game for Pittsburgh.

With Ray-Ray McCloud lined up in the slot to the right, Johnson was set out wide-right. Roethlisberger had been utilizing more RPO action in his quick passing, and on second down he was able to connect with Johnson on a slant inside. Johnson secured the ball, outrunning the middle defenders of the Browns for a 50-yard gain before being brought down awkwardly at the Cleveland 22-yard line.

The big gain allowed the Steelers to eat up the game clock with some Roethlisberger scrambling and then throwing the ball out of the end zone for the 15-10 win.

Johnson, who led the Steelers’ receiving corps during the 2021 season, finished the game with six receptions for 98 yards. He converted four first downs and ended the day with a 16.33 yards-per-catch average.