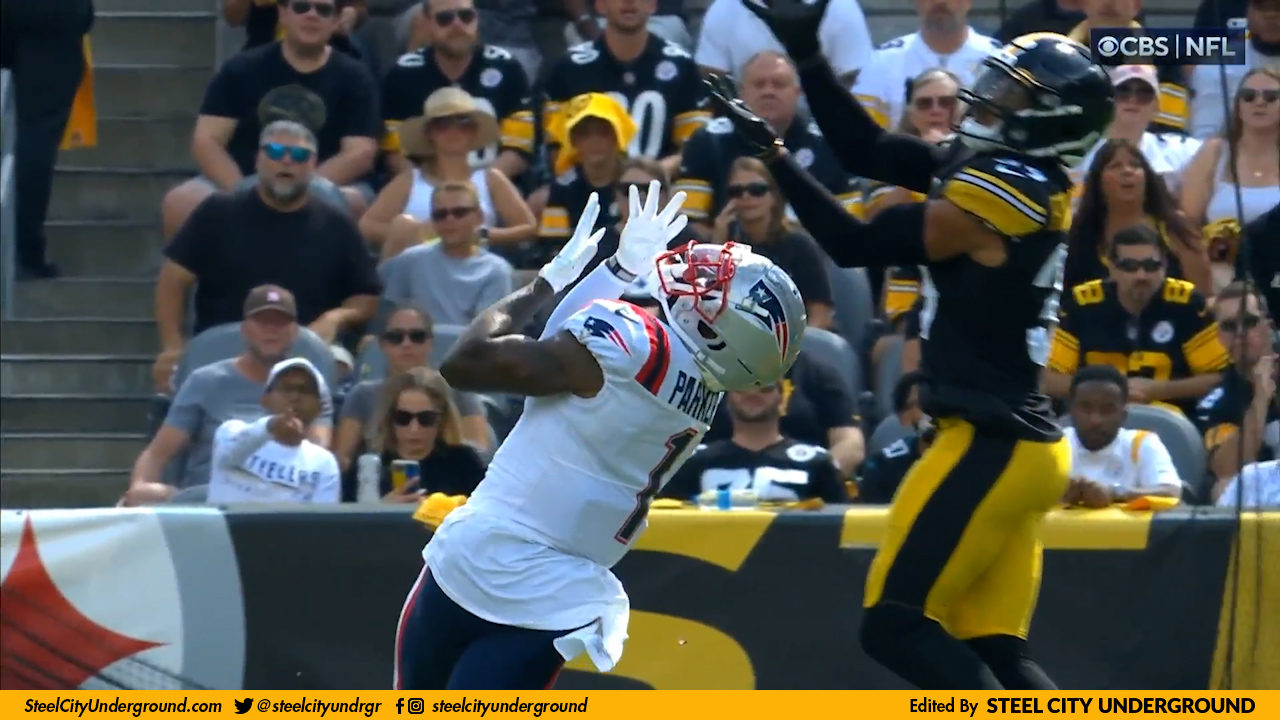 Although the Pittsburgh Steelers’ season opening loss at home against the New England Patriots had a disappointing ending, a final score of 17-14 leaving a bad taste in everyone’s mouth, one player put big plays together defensively in back-to-back games: Minkah Fitzpatrick.

After grabbing a pick-6 on the second offensive play of Week One’s NFL regular season game against the Cincinnati Bengals, Fitzpatrick was able to snag another takeaway in Sunday’s loss. This time it was a Mac Jones throw that landed in his hands.

With 1:38 left in the first quarter, the Patriots called two plays that both went to running back Rhamondre Stevenson; one rush play and one short pass play. The Steelers defense lined up on 3rd and 5 at the New England 44-yard line to prevent a conversion.

With 42 seconds left, Jones took the snap from the shotgun and went deep on a pass intended for Devante Parker. At the Steelers 21-yard line, Fitzpatrick was able to jump the route and run the ball out of bounds for 13 yards in front of Hunter Henry.

While Parker was targeted just two times for zero catches in the game, Fitzpatrick finished with seven total tackles (four solo) and one pass defensed in addition to the interception. He certainly looks at home with new defensive coordinator Teryl Austin‘s schemes for him.

On the season, Fitzpatrick is tied for second in the NFL with two interceptions, tied 16th for solo tackles and improved his projected INT total on the season to 17.

The Steelers offense now needs to dig deep and get on track to convert the takeaways into touchdowns.