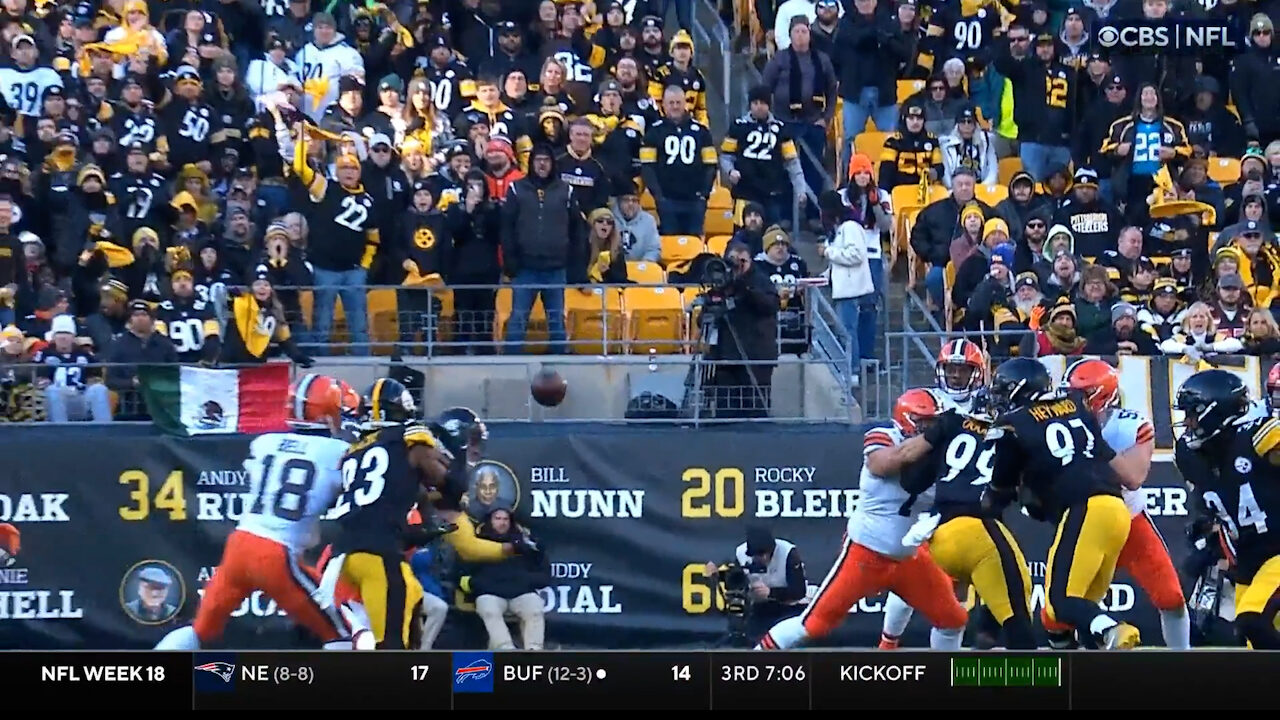 The Pittsburgh Steelers needed help getting into the 2022 NFL playoffs, which they did not receive, but they handled what they could control in Week 18 with a 28-14 win over the Cleveland Browns.

Although the Steelers didn’t have Damontae Kazee available in their defensive backfield the entire season due to injury, the free agent – acquired in the off-season – grabbed his second interception with Pittsburgh against Deshaun Watson in the AFC North victory.

In the third quarter, the Steelers held a six-point lead when the Browns began their first offensive series with every intention of getting back on the scoreboard. The Steelers had other plans.

Starting at their own 20-yard line, Cleveland had two plays go for zero gain before Watson took off for a 21-yard run. Two plays later, Terrell Edmunds sacked Watson for a loss of eleven yards that showed that the Steelers defense was dialed in.

On the very next play, a third-and-18 from the Cleveland 33-yard line, Watson intended to hit receiver David Bell on a short crossing route.

Kazee, lined up about five yards behind T.J. Watt on the hash marks, read Watson’s eyes perfectly and jumped the route for the second Steelers takeaway of the game.

Kazee secured the intercepted ball, even as Bell ran into him due to being cut off the route. The Steelers safety then return the ball for 12 yards before being brought to the turf.

Kazee has been an unexpected surprise in defensive coordinator Teryl Austin‘s schemes, which often utilized three safeties when they were all available to play. He finished his injury-shortened season (nine games) with two interceptions, two passes defensed, and 20 total tackles.