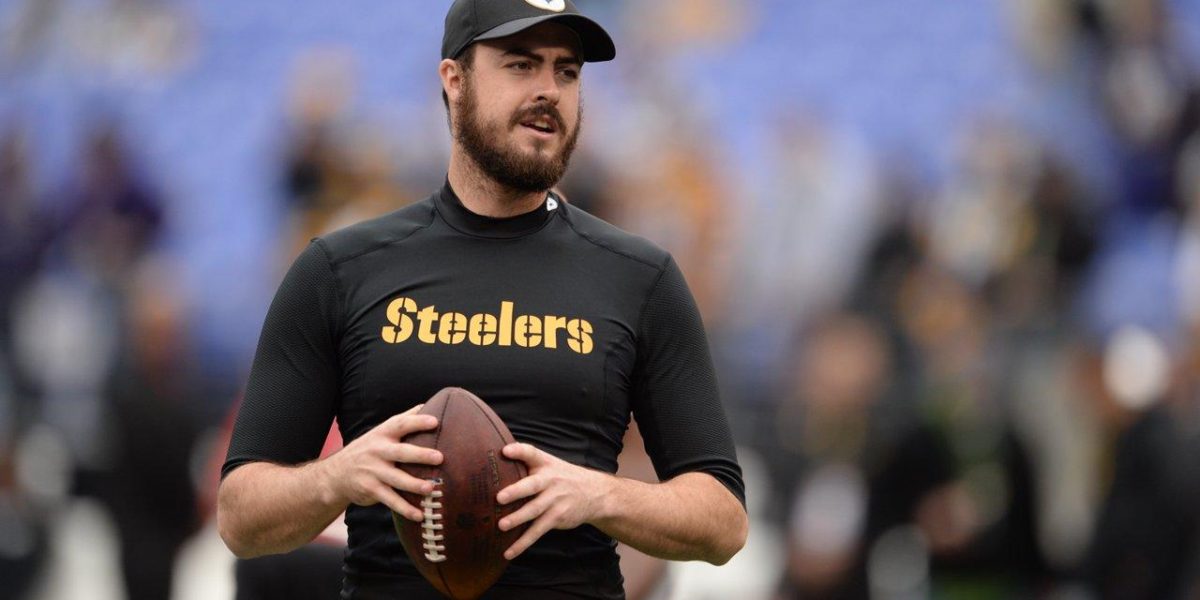 I need the listeners of the Steel City Underground Podcast to bear with me a moment: this is a topic that has been beaten to death in audio format, but it’s one that I haven’t written nearly as much about.

Landry Jones is a backup quarterback: not Ben Roethlisberger‘s replacement.

That’s an important statement to make because there is a difference in the NFL. If Landry Jones was worth more than sitting behind Big Ben, he would no longer be a Steeler. As fate would have it, no teams expressed interest in the former Oklahoma quarterback during free agency. Pittsburgh opted to bring Jones back on a two-year deal, realizing most of the potential backups available weren’t better than Landry, or they weren’t worth the money required to occupy the same spot on the bench.

No matter how you may feel about Jones’ play over the years, he has been one of the better quarterbacks taken outside of the first two rounds in drafts since he entered the league in 2013. In fact, he very well could be the best passer selected that year.

Yes, I realize that statement made some heads explode. I admit above that Jones isn’t a great quarterback. He’s merely an adequate standby who could win a game if and when called upon.

And if that’s all he is, how can he be the “best” of a long list of players drafted in the last four years?

Therein lies the confusion from fans I talk to on social media. It’s difficult to express in 140 characters (or less) that while Jones isn’t the answer to the “who replaces Ben” question, no one is.

Bob Labriola of Steelers.com wrote an elaborate study on quarterbacks taken since 1999. In it, Labriola says:

Starting with the 1998 NFL Draft… there have been 128 quarterbacks picked in Rounds 4-7 in 19 NFL Drafts… Of those 128, only five deserve to be recognized as legitimate NFL starting quarterbacks: Matt Hasselbeck… [Marc] Bulger and [Tom] Brady… Kirk Cousins… and [Dak] Prescott.

Of those five, only two – Bulger and Brady – deserve to be recognized as franchise quarterbacks.

In lesser words, what Labriola is saying is, there’s barely one NFL quality starting quarterback in each year’s draft, let alone several. And typically, those with the best success rate are the ones chosen early. Finding a starter in the mid-to-late rounds of the draft is akin to finding a literal “diamond in the rough”. Those are the rare exceptions to the rule. The Tom Brady‘s, Russel Wilson’s and Dak Prescott‘s of the world.

But consider too that Brady, Wilson, and Prescott were never drafted to become starters. Brady received his opportunity when Drew Bledsoe went down with an injury. Prescott received his chance after Tony Romo and Cowboys backup QB Kellen Moore were both hurt as well.

The Seahawks signed Matt Flynn to a three-year, $20.5 million deal two months before drafting Wilson; who also had to compete with the previous season’s starter (Tarvaris Jackson) for the quarterback job.

Regardless, the point I’m trying to get across is this: there are only three players anyone can name over the last decade and a half that have overcome the odds to become NFL starting quarterbacks after having been drafted in the third round or later; five if you count Cousins and Fitzpatrick, which are tough to sell as “successful” starters.

We also don’t know if Dak Prescott will continue his Cinderella story into year two. It’s plausible he started hot and could hit a bump in the road in his sophomore season or beyond. I’d pencil “incomplete” next to his name until we see a larger body of his work.

Therefore, when fans chime in over the “draft Ben’s replacement” debate, I have a hard time swallowing the same pill. The earlier a quarterback is taken, the more successful they are. Period.

Set aside other needs and think about this for a moment: the 30th overall pick in the draft isn’t likely to net the top quarterbacks in the draft. Do you want a Roethlisberger, Philip Rivers or Eli Manning? Or do you want J.P. Losman? (Who was the fourth quarterback taken in the first round of Ben’s draft class.)

I know others are concerned about Ben’s future, how much longer he’ll play, and inevitably fall into the dark ages once again. They recite a common mantra of “developing” a quarterback taken with those later picks. My reply is usually along the lines of “do you want Landry Jones v2.0?”

That’s not a knock on the incoming talent, nor is it a shot at Jones. Jones is who he is: a competent backup. So was Charlie Batch.

All I’m attempting to do is lower expectations of any individual not named Roethlisberger who gets under center in Pittsburgh. If that player turns into the next Brady, Wilson or Prescott? Fantastic.

However, they would have to incredibly defy the odds to do so.