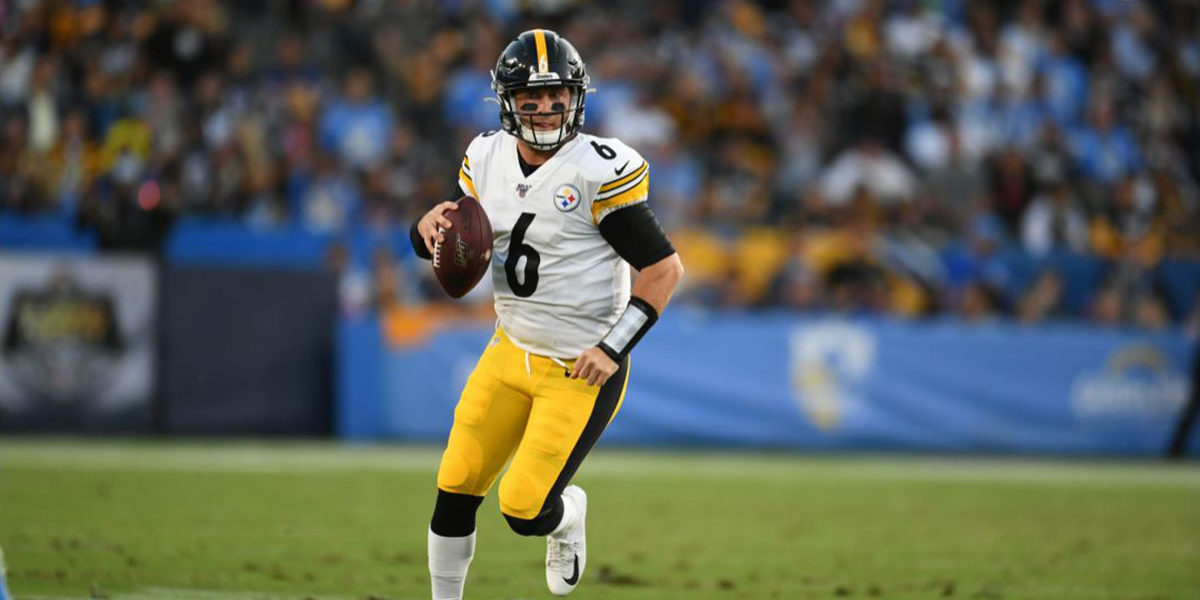 Steelers “Studs and Duds” from Week 6 against the Chargers

Studs and Duds takes a look at the winners and losers from each of the Pittsburgh Steelers games during the 2019 season. Check with us after every game each week for our list, and to also see who climbed, or fell, down the rankings.

Just like that: the Steelers are back in business that they have no business being in.

Why would I say that, you may ask?

Think about how many other NFL teams who don’t have a decent QB (and how rare it is to find a starting quarterback) let alone enough depth to secure a win on the road against a playoff team from last season.

However, despite losing two quarterbacks, a starting linebacker, starting cornerback, and much more over the course of this game, the Los Angeles Chargers were behind before it even really started, allowing an undrafted “camp arm”, turned backup, turned starting quarterback to have his moment in the spotlight.

Here are the players who stood out the most in that game.

The man of the hour won his first NFL start and limited making any major mistakes throughout to help the Steelers secure their second victory of the season.

Hodges finished the day 15-of-20 for 132 yards, completing 75% of his passes including a touchdown to James Conner.

The highlight, perhaps, was Hodges securing a bad snap and having the wherewithal to pitch the ball away, outside of the tackle box, so that the Steelers didn’t lose field position or fall out of field goal range in what would end up a closer game by score (and not necessarily the way it was played).

How do you prop up a quarterback who not only went undrafted, but also went unsigned out of college?

Benny Snell got his first real action of the 2019 season, spelling James Conner (who would leave with an injury). Snell pounded his way to 75 yards rushing on 17 carries, good for 4.4 yards per carry – the best totals of any Steelers back with five or more carries in a game this season.

Conner was solid on the ground, but even better through the air. He looked like the AFC Player of the Month from October 2018, breaking tackles and adding all-purpose yards: his second game of the season with over 100 yards from scrimmage.

Conner would also score twice, once on the ground and another off of Hodges’ first-ever NFL touchdown pass, further galvanizing the running backs’ contributions Sunday night.

Not only the game-clinching interception, but Sutton’s overall play has been in Grown Ass Man territory all season long.

Sliding between positions in the secondary, from nickel to the outside following Joe Haden’s exit, teams who have tried to pick on Sutton have come up short so far in 2019.

Aside from the interception, Sutton knocked down not one, not two, but three passes Sunday evening.

His five total passes defense is a team-high, despite playing only 106 of the defense’s 436 plays this season. (That averages out to 24.3% of playing time!)

I’m in love with putting Pittsburgh’s punter here on almost a weekly basis, which is a byproduct of not having a solid, consistent punter for many seasons around the start of this decade. The prior inconsistent punter player often left a fairly formidable Steelers defense with their backs against a wall.

The last punt setup Sutton’s interception which allowed the Steelers offense to line up in victory formation.

Were you wondering if I forgot about Devin Bush’s first quarter?

The Steelers rookie linebacker continues to be a playmaker, this time recovering a backwards pass and scooting it in for the Steelers first points on Sunday Night Football.

Bush would also enter the Steelers record books as one of the few players to ever have a fumble recovery, interception and a touchdown all within the same quarter when he picked off a Philip Rivers pass minutes later.

I really have no one to list here and for the sake of finding something to talk about, I’d be remiss to mention that JuJu Smith-Schuster was absent from the offense in a way you’d expect him to be.

Targeted four times, Smith-Schuster would end up with only one catch for seven yards after failing to connect with Devlin Hodges on the game’s first play, and subsequent other times.

Smith-Schuster was still involved as a blocker and was the wide receiver who played the most on the Steelers offense, so while he shows up in the “dud” category, do realize that the bar was set very high in this game and that JuJu’s dud label this week is a byproduct of everyone else having outstanding games.

For most fans, they were already crying wolf while simultaneously saying the sky is falling when they heard CB Steven Nelson was ruled out and Burns was making his first start of the season.

Furthermore, Burns had only played two defensive snaps all season. (That’s not a misprint!)

Who would we see on Sunday night? The Burns who looked like a rising young player and former first round draft pick, or a player who seemingly lost his confidence and was benched halfway through 2018?

While Artie may be attributed to giving up a late touchdown to Chargers TE Hunter Henry, let’s admit that we couldn’t even tell if Henry was still in-bounds and that Burns still forced the opponent to make an amazing tip-toe play.

Burns was also flagged for a questionable hands-to-the-face penalty that couldn’t be seen clearly on replay.

For all intents and purposes, his name went uncalled most of the night when the Steelers were down not only one, but both starting cornerbacks. That is, when you don’t hear the corner’s name, it means they’re doing a good job.

Having not played meaningful snaps since a year ago, I’d say this was a solid performance by Burns: one he can build off of if called into duty again.