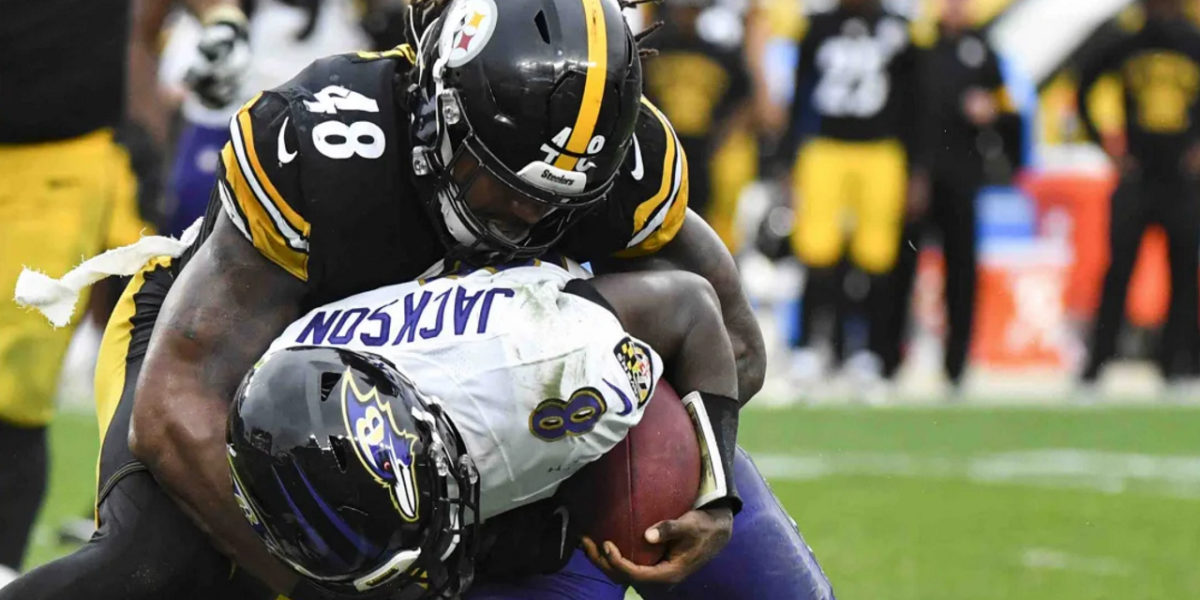 Steel City Underground presents the 4th annual SCU Awards. Our panel of contributors voted on various awards for the Pittsburgh Steelers based on their performances during the 2019-20 NFL season. Comment and let us know if you agree or disagree with our winners and nominees.

The Steel City Underground panel was nearly unanimous in naming the Most-Improved Player and Comeback Player of the Year from the 2019-20 Pittsburgh Steelers squad. The two players chosen to win the respective awards could realistically appear on a similar list across the National Football League for their performances last season, in fact. Both players had struggles heading into the season and showed major improvements that made them locks for these awards.

Alvin Bud Dupree has come a long way since he was selected in the first round of the 2015 NFL Draft by the Steelers. Ahead of the 2017-18 regular season, I predicted that Dupree would emerge from the shadow of James Harrison after spending the majority of the 2016-17 season on injured-reserved due to a groin injury. The young outside linebacker returned from IR and helped a defensive front that was minus veteran defensive captain Cameron Heyward but never got to the next level. Enter the 2019-20 preseason. Dupree had shared on social media that he’d worked with a special coach to improve his quickness, burst, and hand-usage. I had no idea that my praise of his work during the second preseason game would be something prophetic but Dupree’s offseason work helped him immensely; his overall performance during a contract year jumped exponentially. And as fans wondered who was on the field in Dupree’s jersey, the trend started turning from “Dud” to “Stud” and fans hoping the Steelers would find a way to keep him on the team in 2020. This is why I voted Dupree as the most-improved player on the Pittsburgh roster for last season.

How the remaining SCU panel voted

Ryan Lippert: My most-improved player is easily Bud Dupree. As people across the league and in the Steelers fan base had already called him a bust and were ready to move on from him, he came out and dominated in his contract year. Dupree should easily be the top priority for the Steelers this offseason, in my opinion, as there will be plenty of other teams willing to pay him. I’m happy to say that I’m one of few fans that never gave up on him.

Ben Beberman: My most-improved player would have to be Bud Dupree. He exploded this past year which greatly impacted our defensive success on the field. If we did not have average quarterback play, (this award winner) could have been James Washington. With his jump ball getting better along with some clutch catches, it could have been even more. However, I’d say Bud gets my vote.

Derek Overly: The most improved player on the roster is definitely Bud Dupree. I mean who saw that coming? He broke out in a big way this year. James Washington would be my runner-up here and could have taken it with a better quarterback situation. So, Bud gets the nod.

Joe Kuzma: It’s hard to not go with Bud Dupree but, honestly, my most improved player is going to be Joe Haden. After only securing three total interceptions in his first two years with the Steelers, Haden went on to play all 16 games this past season with five interceptions and a return to the Pro Bowl; an honor he received twice while with the Cleveland Browns but had yet to achieve since joining the Steelers. Haden also increased his passes defensed and total tackles while setting a career-high in solo tackles. On a defense that was lights out this past season, those numbers largely went unnoticed but it was without a doubt Haden’s best season in a black and gold uniform.

When Chris Boswell joined the Pittsburgh Steelers, via Rice University and a journey from the Houston Texans and New York Giants to the Steelers on October 3, 2015 things weren’t going well at the placekicker position for Pittsburgh. As their fourth player at that position that season, Boswell made his NFL debut on October 12 and went three/three on extra points and kicked the Steelers to a Monday Night Football victory over the San Diego Chargers by making the longest debut conversion in team history; a 47-yard field goal that bested Todd Peterson‘s record of 46. After setting Steelers’ records for rookie-first-year kickers points in a season (113) and field goal percentage (90.6), Boswell became ‘The Wizard of Boz’ and won AFC Special Teams Player of the Month for December. He was hot during the postseason as well, even though the Steelers lost to the Denver Broncos.

And then things went horribly wrong. After having a second-round restricted free agent tag placed on him, Boswell signed the tender and then a new five-year deal on August 23, 2018. He was only able to convert 13-of-20 field goal attempts and 43-of-48 extra-point attempts; he was ranked last among all NFL kickers with at least 20 field goal attempts with a 65% field goal percentage. Suffering a grade-2 groin tear, the Steelers placed ‘Bos’ on injured-reserved and Matt McCrane entered center stage. After fans called for his head, Boswell sank deeper into it; the Steelers brought in Shaun Suisham to try to help Boswell recover his mojo.

How the remaining SCU panel voted

Ryan Lippert: My comeback player of the year is Chris Boswell. After a horrendous 2018 season, Boswell came back to being the reliable kicker that I had grown to become a fan of. Hopefully, for the Steelers, he can build off a very solid 2019 season moving forward.

Ben Beberman: My comeback player would be Chris Boswell as well. Most of Steeler Nation wanted to cut Boswell after his atrocious 2018 campaign. Not only did he return to form this past season for only missing two kicks, but he restored the faith of the fan base.

Derek Overly: My comeback player of the year is Chris Boswell. Just ditto what everybody else says. Enjoy it while it lasts though because Ben Roethlisberger is taking that award next season.

Joe Kuzma: Steelers Nation had Chris Boswell cut before the 2018 season ever ended. A bit unfair considering rumors of him playing with an injury that saw the 2017 Pro Bowl kicker miss 7 field goal attempts and 5 extra-point attempts before being placed on IR for the team’s final game that season. The Wizard of Boz rebounded in 2019, making 29 of his 31 field goal attempts, with misses of 54 yards (at home) and 44 (at Cleveland). He went on to make all 28 of his PATs and is now an afterthought as to being replaced in the near future.