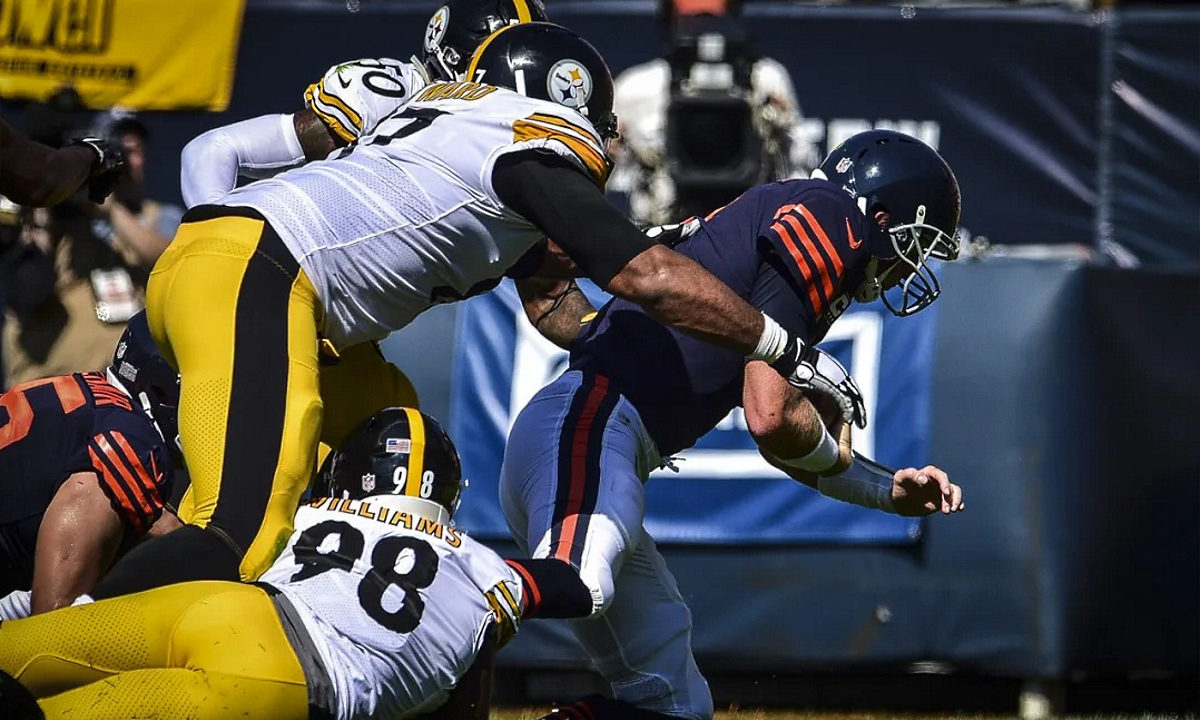 Training camp is edging closer and closer for the Pittsburgh Steelers. We’ve been taking an early look at the Steelers’ 2021 NFL regular season opponents on the schedule. In each preview, we’ve looked at additions those teams made via the 2021 NFL Draft and other key factors that could play a part in how the games this upcoming season may play out for Pittsburgh. Weeks 9 and 10 will feature the AFC North versus the NFC North when the Steelers host the Chicago Bears and Detroit Lions in back-to-back weeks.

If it feels like it’s been forever since Pittsburgh and Chicago faced each other, it’s probably because it hasn’t happened since the 2017-18 NFL regular season. A lot has changed on both teams’ rosters. There’ve also been some coaching changes as well. During the September 24, 2017 game, the Steelers were outrushed 222 to 70 yards, forcing the offense to become rather one-dimensional. Ben Roethlisberger was sacked three times to Mike Glennon‘s two. Ryan Shazier led the Steelers’ defense with 11 tackles and grabbed a fumble recovery. J.J. Wilcox came away with an interception while Javon Hargrave and Anthony Chickillo logged one sack apiece. With a different approach and fresh faces, the 2021 matchup should be a more interesting affair between the Steelers and the Bears.

The Bears finished the 2020-21 NFL regular season with an 8-8 record, making the playoffs due to the expanded postseason rules. The New Orleans Saints quickly sent them home during the Wild Card Round. Thanks to the trade of Khalil Mack, the Bears did get the 20th overall pick in the 2021 NFL Draft – their lone first-round pick since 2018. During the offseason, quarterback Mitchell Trubisky – a former 2017 first-round pick – was sent to Buffalo and veteran Andy Dalton was signed to a one-year deal. With limited salary cap room, the Bears made few moves during the free agency period although wide receiver Allen Robinson did sign his franchise tag after contentious negotiations with the team. In 2020, the Bears offense finished 26th in the league in yards per game. That meant the Bears were focused on getting much-needed depth and positional players in the 2021 NFL Draft. Here are the players they selected:

With David Montgomery as their primary back, the Bears are hoping to get Herbert started in their offense as early as possible. Fields will also be asked to mature at a quick pace as the Bears look for their long-term answer at quarterback. As it stands, however, the Bears are building and the outlook for the 2021-22 season is one of growth and not necessarily a blowout year.

Early prediction: The Steelers have too many ready-made tools at their disposal and should win this matchup.

It’s been just as long that the Steelers and Lions have met during the regular season (2017), and the story is nearly the same about personnel and player changes. In Week 8 of the 2017-18 NFL regular season, the Steelers were on the road against a Matthew Stafford-led Lions team. Stafford completed just 27-of-45 passes for 423 yards and was unable to hit a receiver in the end zone. Detroit had to rely on Ameer Abdullah and Theo Riddick to carry the ball, although Golden Tate and Melvin Gordon did lead the team in receptions. Ultimately, the Steelers’ defense was able to force Detroit to score off of the leg of Matt Prater. The Steelers offense didn’t fare much better although Le’Veon Bell got one rushing touchdown and Ben Roethlisberger was able to connect on a 97-yard bomb to JuJu Smith-Schuster that put the game away for Pittsburgh, 20-15.

Leading up to the 2021 NFL Draft, the Lions made one of the top moves in the league by trading Stafford to the Los Angeles Rams in exchange for Jared Goff. The Lions also received the Rams’ 2021 third-round pick and first-round picks in both 2022 and 2023 in the exchange. They finished at 5-11 last season and missed the playoffs, something that was unfortunately common during Stafford’s time with the team. With Dan Campbell and general manager Brad Holmes in charge after the departure of Bob Quinn and Matt Patricia, the Lions are in a rebuild. They lost receiver Kenny Golladay to the New York Giants. That meant that Detroit looked to the future when they selected the following players in the 2021 NFL Draft:

With the Lions looking for improvement, they picked up some players that should give them a boost but it’s unlikely they’ll find immediate success as they ease into a new coaching scheme and get their rookies up to speed. Goff will be in a new system and the growing pains may last a few weeks.

Early prediction: The Steelers can’t go to sleep in either Week 9 or 10 but, with the Lions in a bottom-to-top rebuild, Pittsburgh has a rather sizeable advantage and should win this matchup as well.